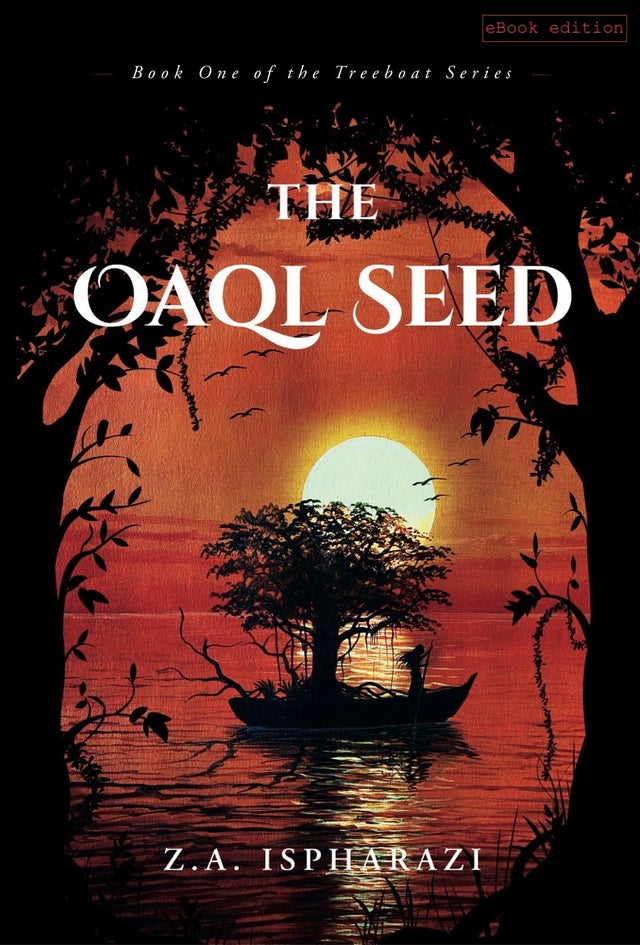 The Oaql Seed: Book One of the Treeboat Series (eBook)

Swept off by a sentient treeboat to the vast Cyan sea, twelve-year-old Arionella's predicament is a terrible one. Curiously, the fierce currents and storms of the open ocean do not present a danger to her, treeboats can easily sense and avoid perils such as these. It is the Oaql tree itself that is a danger to the child onboard, seeking to assimilate her human consciousness into its biology.

Taola Lonwë, the captain of the Oaql boat, knows that the treeboats are not inherently evil. In fact, treeboats are valuable bioremediators cultivated by the Reteti Islanders, who have long been stewards of the Earth and have worked diligently to purify "sick waters" that are the legacies of ancient devastations.

Arionella's unexpected departure rapidly ties in with a more encompassing and sinister series of events that her missing grandparents, Maya and Jöshi, have long been investigating.

A man familiar with ancient shamanic arts, Revalo Otrebor uses his abilities to lead the Cult of Knoa, a legion of followers whom he claims to rescue from troubled, medicated lives, in cityforts. Even the wise were fooled in the early days of his ascendancy but having amassed his strength over the course of decades, he now moves with purpose and open aggression, collecting objects and beings of power for himself, including hunting down the set of a dozen treeboats.

Can Taola lead Arionella's adoptive family across the ocean and across lawless lands before Revalo finds the Oaql boat first, and before Arionella loses her sense of self to the Oaql tree?

Not Available
Powered by